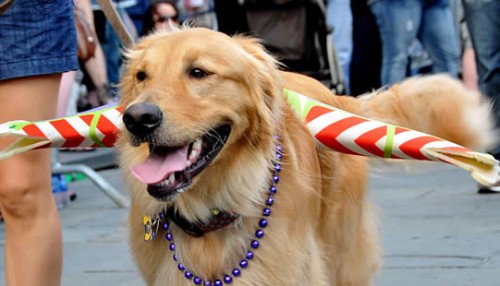 Andy Cohen TV personality of Bravo TV’s show “watch what happens live” was a recent first time dog owner this past fall. It appears that Andy’s adopted canine friend Wacha has really made and impact and has turned the TV personality into an all around avid dog lover. Can we say we’re surprised? With that cute puppy face – impossible.

Cohen has been appointed the honorable Grand Marshal and host of the 21st annual Beggin’ Pet Parade in St. Louis, Missouri. Do not be fooled, this parade will not be like just any ordinary parade, but one that will undoubtedly top all others – believe it or no this parade is guaranteed to be even bigger than Andy Cohen’s personality. The Beggin’ Pet Parade is a Mardi Gras themed full glitz parade, holding the Guinness Record as the largest line up of procession pups the world has ever seen! Post-parade entertainment will be provided by the event’s musical guests, Barenaked Ladies. Proceeds raised by the parade benefit the Open Door Animal Sanctuary; a no kill shelter saving the lives of homeless dogs and cats since opening its doors in the 1970’s.

If you’ll be around the St Louis Missouri area in February make sure to grab a costume and check it out.
When: February 23, 2014 starting at 1:00 p.m.
Admission: $10 donation to walk in the parade with a pet 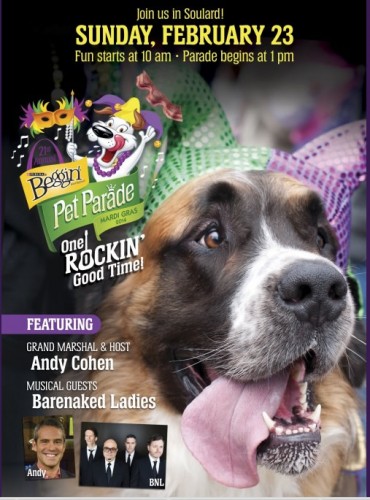