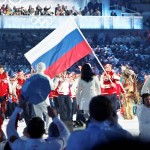 There is undoubtedly always a lot of pressure to put your best foot forward for countries hosting the worlds most famous sporting event, the Olympic Games.  And with that pressure you often hear unsettling news regarding events leading up to, during, and those exposed after. But the Sochi Governments recent contracts and instruction to increase the extermination of stray dogs is extremely shocking and disturbing to many animal lovers.

Alexei Sorokin, director general of the pest control firm Basya Services, the company hired for the job, describes their involvement as the “catching and disposing” of dogs.  Stray dogs are not an uncommon occurrence in Sochi and surrounding areas. Many of these stray dogs can be found gathering near construction sites in hopes of getting food and shelter from workers. Sorokin attended a rehearsal of the Olympic opening ceremony “A dog ran into the Fisht Stadium, we took it away. God forbid something like this happens at the actual opening ceremony. This will be a disgrace for the whole country.” Only last year after animal activists protested when they had learned local Sochi Government planned “to catch and dispose” of strays authorities vowed to give up the euthanizing practices and instead build animal shelters for the stray dogs.  According to activists there is no evidence that a shelter has been built. It is unknown of whether these stray animals are shot, poisoned, where the carcasses are taken or how many dogs they kill a year.

Although our hands are not clean either as approximately 3-4 million animals are euthanized each year in the US, there are far more alternatives than the Sochi government has taken in their course of action and only further stresses the importance of  spay/neuter to save the lives of companion animals.

Please help us educate and reduce animal suffering by learning more about events such as World Spay Day,